Headbands for little girls are so adorable!! My little girl is getting to the age where she might let me put a headband on her, but occasionally she will still pull it off! So I thought I would attempt it anyway and make her some.

This first tutorial is for making these headband embellishments!(Tutorial number 2 will include how to attach them to the headband)

First you will cut a strip of fabric. I measured mine to be about 7 in. by 2 in. but I do end up trimming it later on (I will include that part later on in the tutorial). 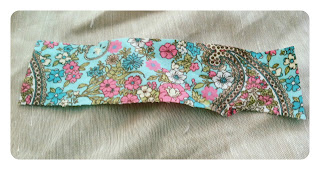 Using a needle and thread, you will run thread along one long side of your fabric strip.  Weave the thread in and out along the side until you get to the end. The fabric will start to bunch up, because  you're actually creating a ruffle. 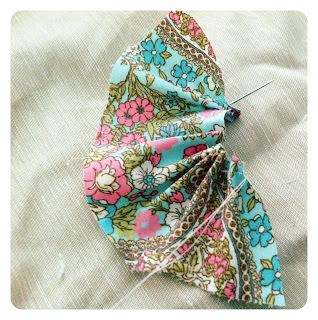 Next you will pull on your two ends of thread on each end of the fabric strip, bunching your fabric ends closer together.  Using your two ends of string, tie a knot underneath your ruffle circle.


Then, hot glue your two fabric ends together to hold the ruffle in a circle shape. 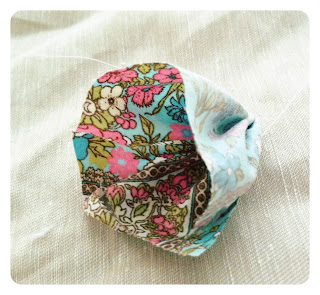 At this point is where I do some trimming around the top of my ruffle circle.  This makes it easier to open the circle up. 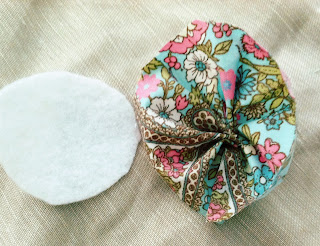 Next, cut a circle of felt slightly smaller than your fabric circle.  Then you will make a spiral out of your felt circle.  Starting at one edge, cut in a circular shape into the circle, and keep going around until you get to the center. 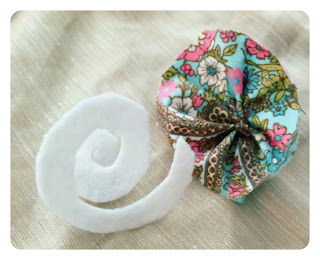 Starting with the inside of your spiral, roll it back up into itself and it will form into a little rose. 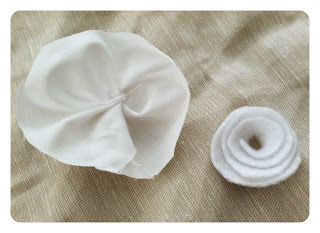 At this point in the tutorial I am switching embellishments to the white fabric circle (basically from lack of taking photos from start to finish on any one particular embellishment...).  But each one is the very same concept.

After rolling up your felt spiral, put some hot glue to attach the end of the spiral to itself. That will keep it together.  You can glue along the way as you roll up the spiral, but I just glued the end after it was all rolled up.


Then simply hot glue the felt rose to the middle of your fabric circle.

Glue your bead(s), button, or anything you decide to use onto the middle of your felt spiral rose.  Push down slightly as it is drying.


Then you're done making your embellishment!! 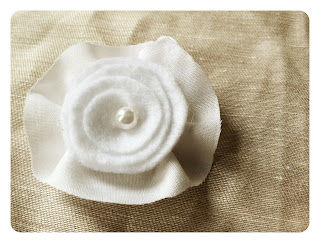 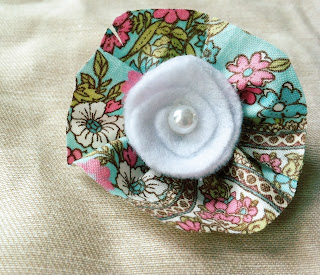 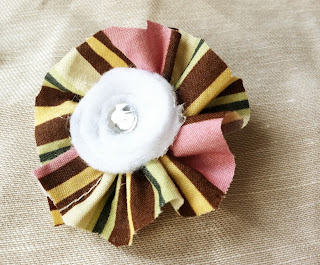 Instead of doing the felt spiral rose in the middle, you could use a fabric rosette. 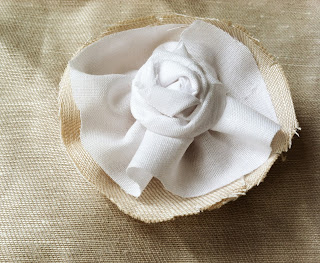 And there ya have it! Some super-cute embellishments ready for a headband! (Or a hair clip, or onto a pillow, purse, pretty much anything!!) 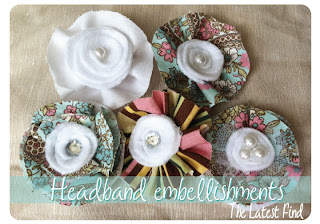 Stay tuned for a tutorial on attaching your embellishments to a headband, as well as how to make another cute flower for your headband!

Linking up to...
Along for the Ride
Tatertots & Jello
WhipperBerry
TidyMom
Family Ever After
Shabby Nest
Six Sisters' Stuff
Homemaker in Heels
I heart naptime
Craft-O-Maniac
Alderberry Hill
Sumo's Sweet stuff
Skip to my lou

Popular posts from this blog

FOLLOW US ALONG ON PINTEREST   OR INSTAGRAM TO STAY UPDATED ON NEWLY ADDED FREEBIES!   Hello and welcome! Here you'll find all kinds of free downloads...from printables to digital paper to SVG cut files. Use the word menu directly above the posts or at the top of the right sidebar to navigate through our collection!   Many of our freebies are personal or commercial use ! See each individual post for usage details about a particular design.    >>>>2021 update! Be sure to check out our new Christmas countdown SVG and printable!<<<<       Happy Thursday!! The countdown is on to Christmas!!  Speaking of countdowns, if you didn't grab our recently posted freebie Christmas countdown 8x10 printable (shown above) and freebie cut file, be sure get them --> HERE !  We have another freebie Christmas gift for you today!!  The hubby actually takes credit for the creating of this particular design! As a graphic designer himself, he is my
More freebies

FOLLOW US ALONG ON PINTEREST OR INSTAGRAM TO STAY UPDATED ON NEW STUFF! Today's freebie: Do note that printed colors may look different than the colors on your screen! These are 12x12 in size, JPG format 300 dpi resolution. In our download folder you'll find individual files as well as two zip files. That way you can click on an individual file to download, or click on the zip files to grab the set. If downloading a zip file, don't forget to unzip files after download in order to use/print. USAGE: Personal or small business use! No selling or re-distributing of our files. DOWNLOAD:   IF YOU HAVEN'T HEARD, WE HAVE A RESOURCE LIBRARY OF OVER 500 FREE DIGITAL PAPERS! Here's a few more recently posted freebies... VIEW MORE OF OUR FREE DIGITAL PAPER PACKS: STAY UPDATED WHEN NEW FREEBIES ARE ADDED:
More freebies 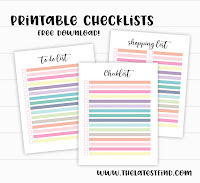 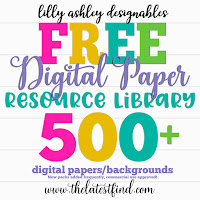